Introduction:  The Brothertown Indians, it was thought, had lost all of their original Tribal lands in Wisconsin.  However, around mid 2013, Brothertown descendant Paul Werth became involved with the Tribe and it was discovered that his family still owns 5 acres of their original land.  Paul kindly wrote the article below and sent pictures of this land.

The sound of crushing gravel emitted from underneath the rental van,announced we left Coffeen Road and arrived at the “Farm”.As the family exited the vehicle, my childhood memories faded towards a vision of an Old Man walking from the farmhouse, to greet us kids. His niece, our Grandmother Gladys (nee: Coffeen) Werth approached him and embraced. This flashback of 60’s, laden with heated and moist air, welcomed us Werth kids to frolic in the sun and take swims within the cool Manitowoc waters. Running through fields and woods we discovered many of nature’s hidden treasures of deer and allowed the capture of snakes.Jumping off the bridge empowered us to touch the river’s bottom. The water’s murky depths contained decomposing marine and plant life which intermingled between one’s toes. It always gave me the “willies”. Cousin Laurie recommended our tennis shoes could be utilized to get around this uneasiness, which my classmates would be offended by, as the river bottom slowly dried within my sneakers for days. These were the years of not knowing our true heritage, which lies within the very blood we all share.

The memories suspended as Aunt Barbara Werth surveyed her land, it purchased by her late husband James Werth (Brothertown) in 1971 from blood cousin Robert Coffeen (Brothertown). A tract of over 4 acres with so much history, which commenced before time was recorded. Land once inhabited by the Menominee People, then ceded through Treaty to the US Government, in attempts to relocate us Brothertown Indians of New York.

As we walked along the slowly flowing river, we took in the beauty of this. Aside-wise glance noted a garter snake sunning itself which then could not escape the grasp of a “50 year” old boy with once smelly shoes. I felt as if no time had passed, holding my four foot long prize up for all to view. It was hard to hold back a torrid of tears trying to escape which would expose the raw emotions of continued mourning of our Grandmother’s passing in 1992.

We all departed shortly thereafter, to attend our first ever Brothertown Indian Nation Picnic. During this annual Gathering, we met so many wonderful relations, one of which is our cousin whom I had been corresponding with for many years. Mrs. Jackie Bladl(Brothertown) had been providing me with much information and photos of our mutually shared Coyhis and Dick Family heritage. This first meeting also allowed Jackie to furnish a handmade genealogy booklet of which another cousin, Mr. Greg Wilson (Brothertown)had obtained from another cousin, Mr. Earnest James Baker (Brothertown). It was Earnest whom authored the booklet which documented our Brothertown (Narragansett)ancestry back to the 1600’s.

That night while lying in bed, I read the booklet with earnest intent. It contains a chronological list of events which document our early beginnings. It also entailed a portion of Reverend Samson Occom’s teachings and his vision for a better life for the Brothertown Indians. While trying to comprehend the writings of our people’s impending relocations, the transfer of land to us new “citizens”, the revelation and significance of Coffeen Road, something actually clicked deep inside.

It was late, perhaps too late to call, but Aunt Barbara answered on the third ring. Excitedly, I described what I had read, and as she retrieved the Deed of Land, it confirmed our family’s ownership of land known as Brothertown Indian Reservation, “Lot 199”.Even through passages of two centuries, numerous births and deaths, good fortunes and hardship, the family actually owned a piece of Brothertown Reservation! Something we never knew.

According to Ernest Baker, the east end of “Lot 199” was first granted to our Great(x4) Grandfather Benjamin Coyhis (Brothertown) on March 3, 1839 by order of the US Government. Benjamin also obtained the west side of “Lot 199” from Phebe Kinessin September of 1842. Benjamin sold “Lot 199” to his mother Martha Coyhis. In February 1847 Martha sold it to grandchild Julia (nee: Coyhis) and George Baker. They then sold it to their daughter(Greatx2 Grandmother) Melissa (nee: Baker) Coffeen. Melissa then sold it to her son Oliver (the “Old Man”) and Augusta Coffeen in April1919, hence the road leading up to the farm was named Coffeen. Their son Robert obtained the land which became a playground for so many familiar grandchildren and cousins decades later. This land entails the headwaters of the Lower Manitowoc River which host to such an abundance of wildlife including eagles, deer, fish and of course, snakes.

My mind and body still trembles as I still continue to be amazed. Realizing this land has always been within the careful considerations and ownership of the Native American Peoples since the beginning of time as Aunt Barbara is Cherokee.“Lot 199” will forever be a part of our family as all our cherished memories, originate from it! 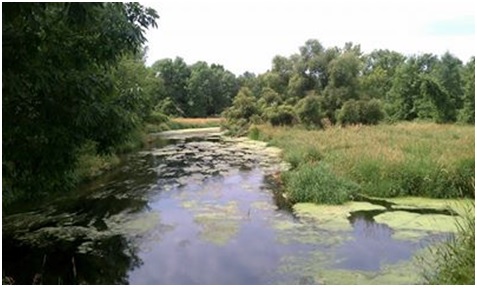 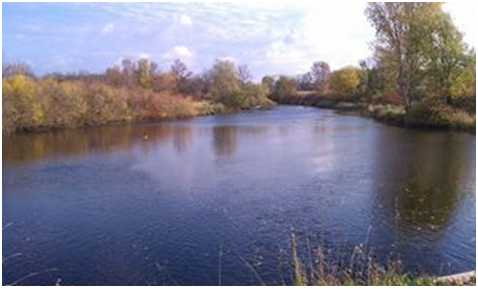 The Big DayJuly 27, 2021
The big day is here.
Follow The Life of the Brothertown Indians on WordPress.com